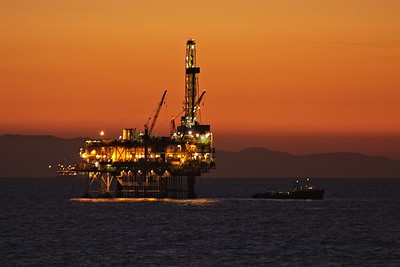 On July 6, 1988, the Piper Alpha oil platform experienced a series of catastrophic explosions and fires. This platform, located in the North Sea approximately 177 kilometers from Aberdeen, Scotland, had 226 people on board at the time of the event, 165 of whom were killed. In addition, two emergency response personnel died during a rescue attempt. The platform was totally destroyed and led to damages of around 3.4 billion USD.

A release of light hydrocarbon occurred when a pump was restarted after maintenance. Though the personnel starting the pump did not know this, a relief valve in the pump discharge had also been removed for service and a blankA blank or blind flange is a solid metal flange that is installed to block off a section of pipe or an unused nozzle on a vessel.

had been loosely installed in its place on the piping flange (which was not readily visible from the pump vicinity). Upon restart of the pump, this flange leaked, producing a flammable hydrocarbon cloud, which subsequently encountered an ignition source. The initial explosion led to an escalating series of crude oil fires (an illustration of what is called the “domino effect”), fuelled by continuing production from adjacent oil platforms.The Piper Alpha platform was at the center of a network of platforms interconnected by oil and gas pipelines. The initial explosion caused oil pipelines on the Piper Alpha platform to rupture, leaking additional oil which fed the fire. The pipelines were fed by oil from other platforms, whose managers assumed that they would be told to shut down their operations if necessary (they were aware of the event on Piper Alpha, but did not know how serious it was). However, the accident had interrupted communications with other oil platforms, and it took a long time for the “please stop” message to arrive.

The intensity of the subsequent fires prevented rescue efforts, either by helicopter or by ship. At the height of the event, natural gas was being burned on Piper Alpha at a rate equivalent to the natural gas consumption rate of the entire United Kingdom.

It took over three weeks for the fires on the remains of the rig to be put out by a company specialized in controlling runaway oil wells.

The accident was caused by an “accumulation of errors and questionable decisions” [Paté-Cornell 1993]. Lord Cullen, who led the government inquiry into the accident, stated that the underlying cause of the various direct causes of the accident was poor safety management. This included:

Lord Cullen stated in his report into the accident [Cullen 1990]:

Management shortcomings emerged in a variety of forms. For example there was no clear procedure for shift handover. The permit to work system was inadequate. But so far as it went, it had been habitually departed from. Training, monitoring and auditing had been poor, the lessons from a previous relevant accident had not been followed through. Evacuation procedures had not been practised adequately.

There had not been an adequate assessment of the major hazards and methods for controlling them.

However, the operating company Occidental Petroleum (an american company which was one of the largest firms operating in the North Sea at the time) was not exposed to any civil or criminal penalties following the accident.

The platform was located above the Piper oilfield in the North Sea, around 200 km northeast of Aberdeen.

The report of the public inquiry into the Piper Alpha accident, headed by Lord Cullen, made more than 100 recommendations to improve the safety of offshore oil and gas extraction, covering issues such as corporate safety culture, regulatory oversight, emergency procedures and facility design. It is widely recognized as a landmark analysis of how safety should be managed by companies running high-hazard facilities and how they should be regulated and inspected by the competent authorities.

The report states that

It is essential to create a corporate atmosphere or culture in which safety is understood to be and accepted as, the number one priority.

Indeed, the company that operated the Piper Alpha platform, Occidental Petroleum, had significantly reduced spending on maintenance on their facilities, following the decrease in profitability of their operations (the oil price had fallen to 8 USD per barrel in the 1980s after much higher levels of almost 40 USD per barrel in the aftermath of the 1979 oil crisis). 10 years before the accident, the Piper Alpha platform was the most productive platform in the world, producing more than 5M USD worth of crude oil per day.

Recommendations in the Cullen report led to the introduction of the safety case regime in the North Sea, which in effect transferred responsibility for identification of major accident risks from the legislator and safety inspectorate to the operating company. In this new approach to safety oversight, the operating company is also assumed to be responsible for ensuring that provisions in the safety management system and the safety case are respected in practice, in particular by implementing regular audits (in the past, there could have been a tendency for operating companies to assume that “inspectors are responsible for telling us if anything is insufficiently safe”). The regulator is then responsible for ensuring that the company audits are well carried out, and for undertaking any further inspections that it deems necessary.

Furthermore, the Cullen report suggested that

Many regulations are unduly restrictive in that they are of the type which impose “solutions” rather than “objectives” and are out-of-date in relation to technological advances. […] There is a danger that compliance takes precedence over wider safety considerations; and that sound innovations are discouraged. The principal regulations should take the form of requiring stated objectives to be met.

The principles of the regulatory approach were later extended to Seveso facilities onshore.

A specialist Offshore Safety Division was set up within HSE, the UK regulator, to provide specialist support to the oil and gas industry.Prior to the accident, safety of offshore oil and gas extraction facilities was overseen in the UK by the Department of Energy. This means the same organization had responsibility for developing the industry (and taxing production) and safety oversight, which constituted a conflict of interest. The Cullen inquiry found that though the Piper Alpha platform had been inspected the year of the accident, with inspections focused on the area of work permits and information transfer between shifts (because this issue had been implicated in an earlier fatal accident), the inspections were “superficial to the point of being little use as a test of safety on the platform”.

Furthermore, a specialist offshore health and safety division was created within the Crown Office and Procurator Fiscal’s Service, the body responsible for prosecuting offences in Scotland. The aim of the specialist unit was to ensure consistency in the way complex health and safety prosecutions are handled, to secure greater expertise in the prosecution of such cases which would lead to a quicker resolution of cases.

Lack of external learning. It is worth reflecting on the fact that eight years before the Piper Alpha disaster, a similar catastrophe had occurred on an offshore oil platform in the Norwegian area of the North Sea, the Alexander Kielland, where 123 workers were killed. The investigation into that accident had made recommendations similar to those in the Cullen report, and in fact 105 of the 106 safety recommendations included in the Cullen report had already been implemented in Norwegian operations at the time of the Piper Alpha disaster [Reid 2020]. This illustrates the difficulty that organizations have in learning from accidents that happen “elsewhere”.

Whilst the excellent recommendations in the Cullen report did lead to significant improvements in the safety of offshore oil and gas extraction activities, this industrial sector remains one of the most risky still in operation today, with large numbers of workers killed each year worldwideFor instance, the US Bureau of Labor Statistics recorded a rate of 16 deaths per 100 000 workers in 2014, almost 5 times the general average.

and enormous (and in certain geographical areas, unrecorded) environmental damage from leaks. The spectacular Macondo (Deepwater Horizon) accident in the Gulf of Mexico in 2010 is present in people’s minds, but there are many other deadly accidents each year that barely make the news.