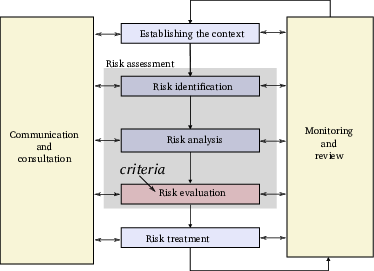 These slides develop the distinction between acceptability and tolerability of risks, describe the factors that influence acceptability, and outline a number of decision rules used in various industrial sectors to determine which levels of risk are acceptable (absolute targets, ALARP principle, GAME, etc.).

This submodule is a part of the risk management module.