The term “black swan” was used in 16th century discussions of impossibility (all swans known to Europeans at the time were white). Explorers arriving in Australia discovered a species of swan that is black. The term is now used to refer to events that occur though they had been thought to be impossible. In risk analysis, these are also called “unexampled events” or “outliers”. 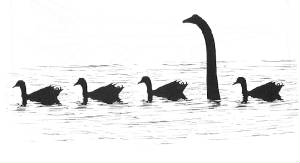 This submodule is a part of the risk management module.

Some characteristics of a black swan event:

Examples include the September 2001 terrorist attacks in New York, the 2009 avian flu pandemic, the Covid-19 pandemic in 2020, the “discovery” of America by Europeans for the native population (of whom 80 to 90% died following arriving of settlers), the outbreak of bovine spongiform encephalopathy or “mad cow disease” in the UK in the early 1990s and the 1992 collapse of the European Monetary System. Note that:

One coping technique that can help limit the impact of black swan events is to increase the resilience of the system, its ability to adjust its functioning prior to, during, or following events (changes, disturbances, and opportunities), and thereby sustain required operations under both expected and unexpected conditions. Characteristics of resilient organizations include the ability to:

Unfortunately, many of the organizational and structural features that provide resilience, such as organizational slack (spare capacity that enhances reflexive capability and learning) and discussion spaces that allow people to understand how other parts of the system work, can be seen as unproductive and destroyed in cost-cutting drives and interventions that aim to increase efficiency.